Userflow provides out-of-the-box analytics for how your users interact with your flows, checklists and launchers.

In this guide, we’ll break down the Analytics page, which you find next to the Builder.

If you’re looking for more in-depth analytics, and the ability to correlate flow usage with other user interactions, take a look at some of our Integrations with analytics providers such as Mixpanel and Amplitude.

Views and completion rate over time

The Analytics tab under a flow shows how many users have seen your flow over time. 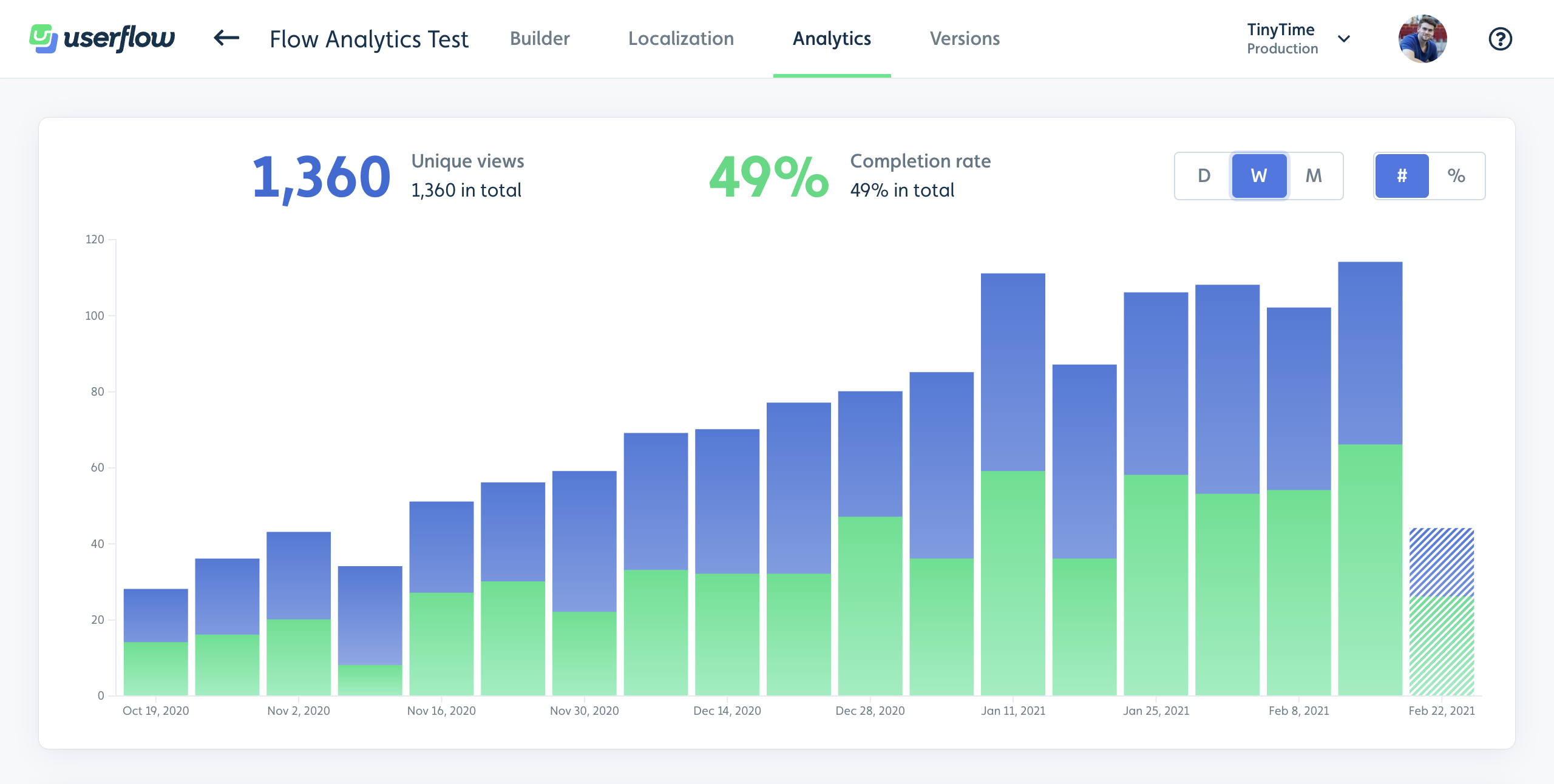 The Step funnel shows you where users drop off in the flow.

A session is a user’s journey through a flow and corresponds to a view. A user may have multiple sessions of a flow, which will result in multiple views (though only 1 unique view).

This list shows users that most recently saw the flow. 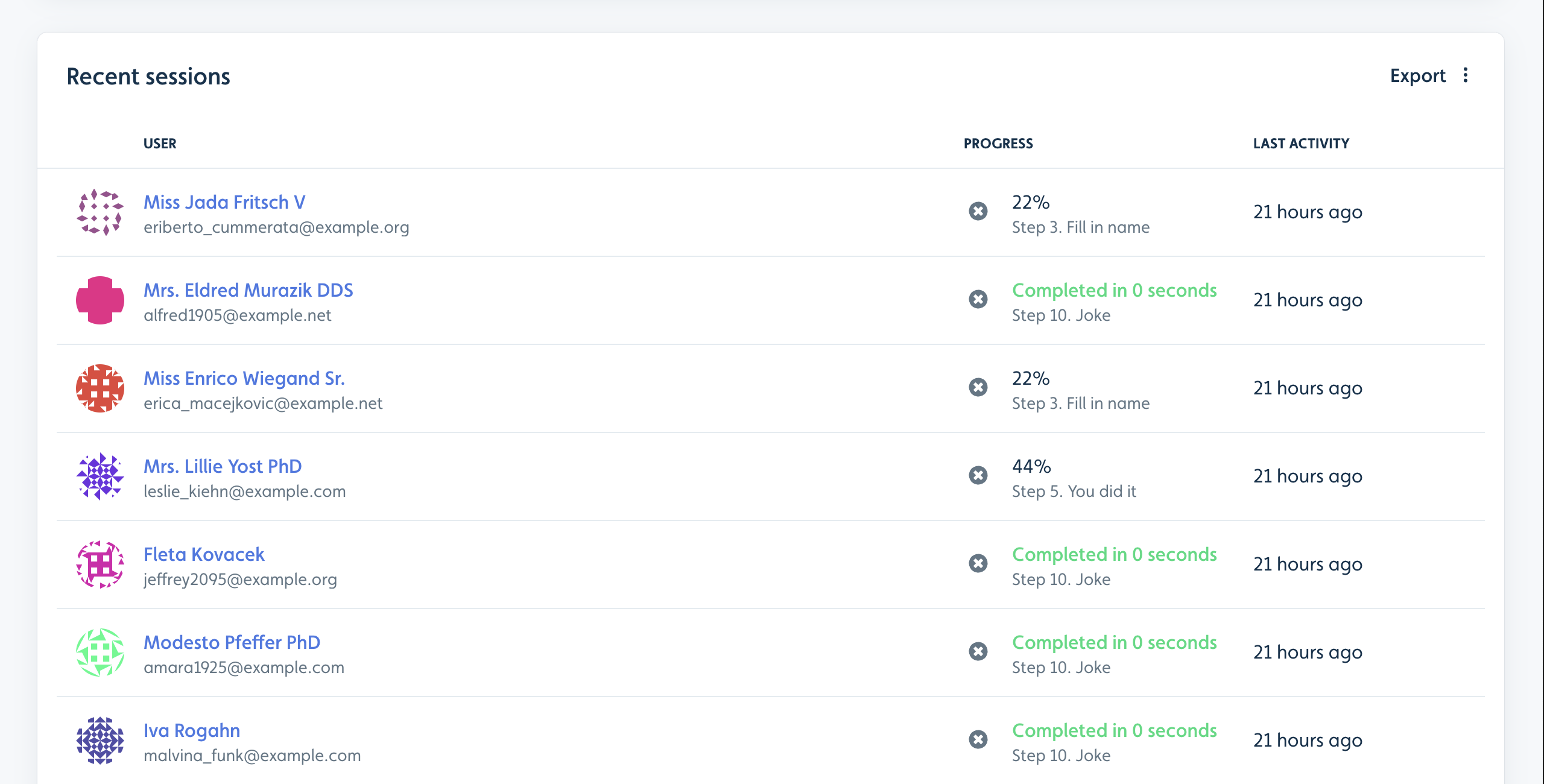 Views and completion rate over time

The Analytics tab under a checklist shows how many users have seen your checklist over time. 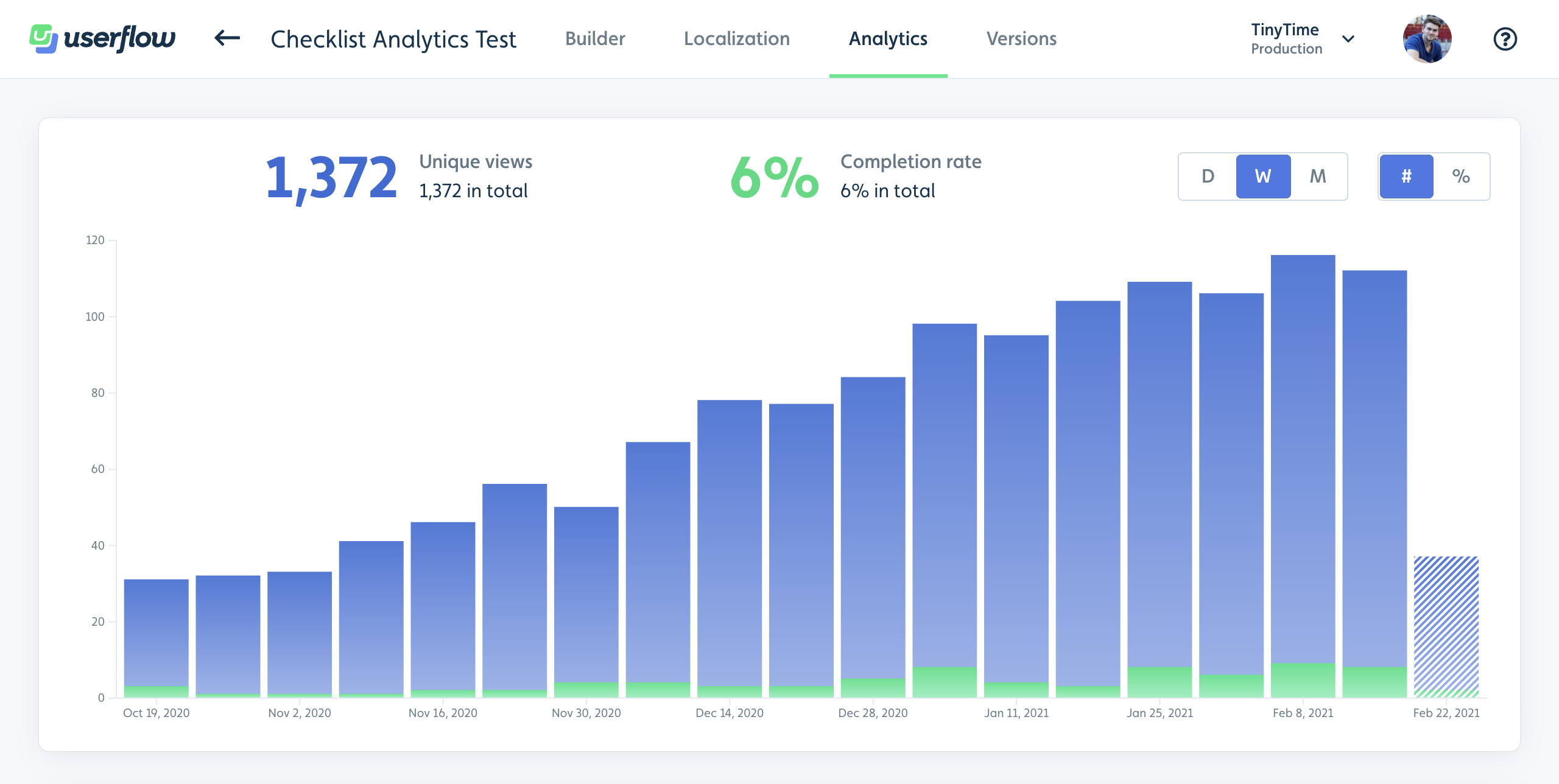 The information is the same as what we saw under Flow analytics.

The Task breakdown shows how many users completed each task.

Under Recent sessions you can see users who’ve most recently seen the checklist, much like for Flow analytics.

Views and activation rate over time

The Analytics tab under a launcher shows how many users have seen your launcher over time.

Under Recent sessions you can see users who’ve most recently seen or interacted with the launcher, much like for Flow analytics.