You can now track any kind of user-related event with Userflow, and use those events to segment and personalize your flows.

The event will be associated with the currently identified user. You can optionally add attributes about the event (such as the new plan name in the example above).

Events are great to represent actions that users can take any number of times, which don’t fit well into regular user attributes. Some more examples of events:

We’ve added a new Event condition type, which shows up under the Add condition menu, e.g. for conditions to mark checklist tasks as completed, or automatically starting flows.

Here we mark a checklist task as completed if the user has ever created a project: 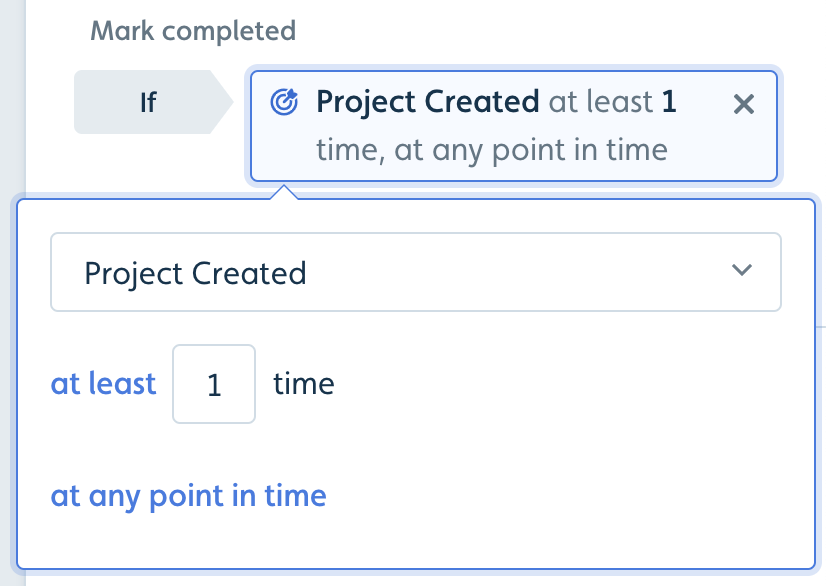 Here we automatically start a flow for users who have not created any projects within the last 30 days: 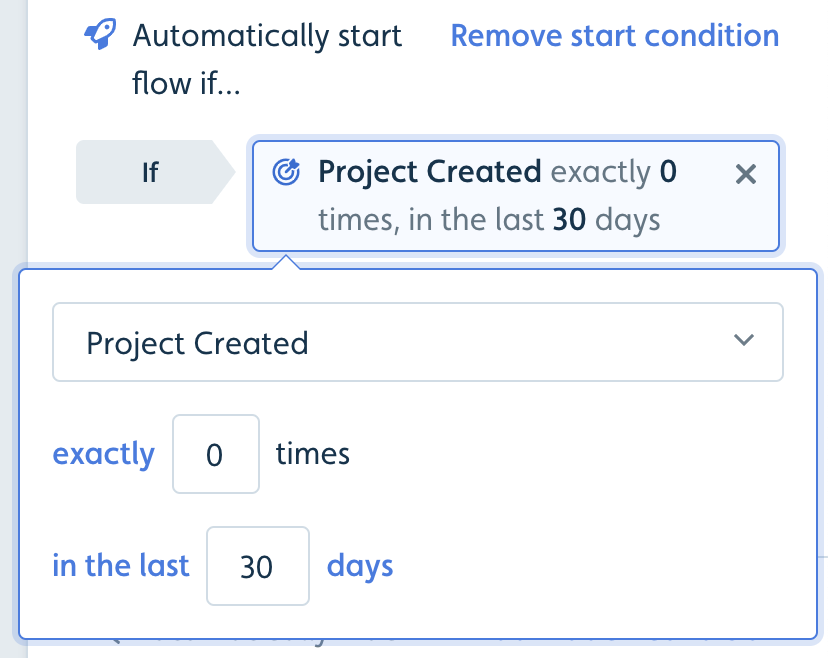 We’ll be adding a several further improvements to events soon:

When you build flows with Modal steps or use the Backdrop feature of tooltip steps, Userflow will add a semi-transparent layer on top of your app to give extra focus to the Userflow element.

By default this layer is 40% opaque black. This works well on light UIs (since it makes your own app’s UI look grayed out). It does not work well on top of very dark UIs (it just makes things slightly more dark).

Here’s an example of a dar-mode app with the default backdrop ( #000 at 40% opacity). See how the focused element barely stands out: 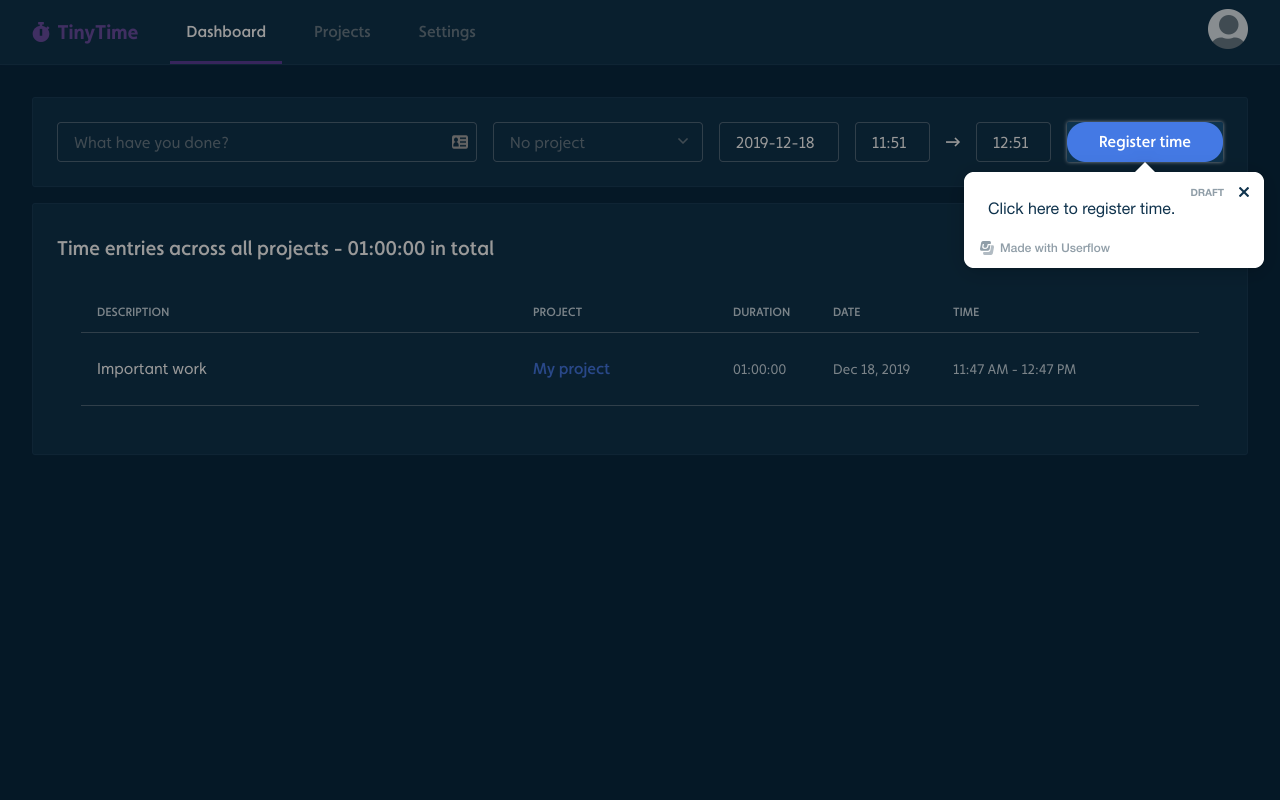 You can now change both the backdrop color and opacity under Settings -> Themes . Scroll down to the Backdrop section. Choose Modal in the Preview drop-down field to see a preview of it. Opacity is a percentage number between 0% (completely transparent) and 100% (completely opaque).

Here is the same app from above with a black backdrop color at 65% opacity. The contrast between the background content and the focused element is a lot better! 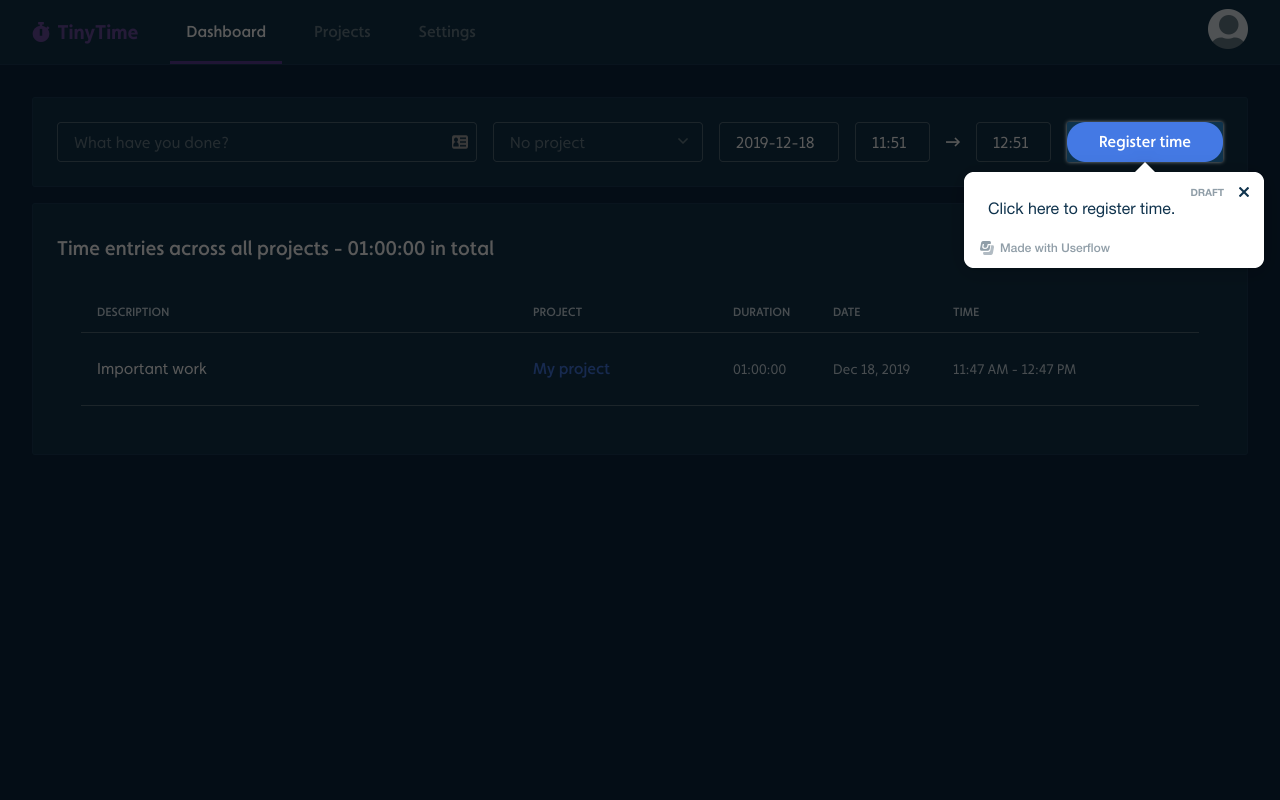 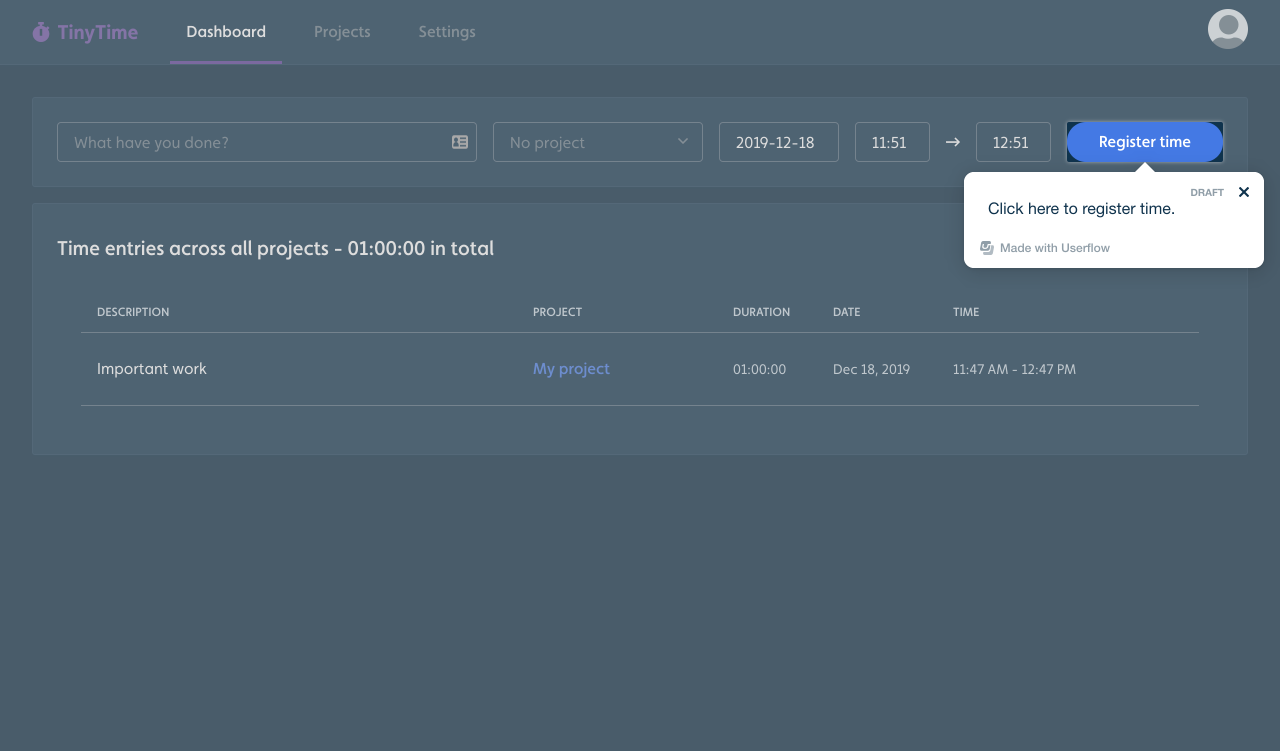 We’ve simplified how user attributes are sent to Userflow with userflow.identify() and userflow.updateUser() , and added the ability to add/subtract to/from number attributes.

This is in preparation for the release of our public REST API, which will look almost identical (just as JSON over HTTP).

The changes are fully backwards-compatible, so you don’t have to change anything in your code.

Before, we distinguished between standard attributes (such as name , email and signedUpAt ) and custom traits (that were put in a nested traits object). Example of what userflow.identify looked like before:

Now there’s only one level and all attributes are just… attributes. You send whatever you want - they’re all treated the same. The word “trait” is gone. Updated example:

Notice how signed_up_at is now snake_cased. We recommend sticking to one naming scheme.

Setting an attribute only once

Say you want to track something a user did, but you only want to track it the first time. Example: We want to know which integration a user set up first. Instead of sending the name of the integration, send an object with a set_once key:

The user’s integration_name attribute will get the value My integration , unless, if it’s already been set before, in which case we’ll leave it alone.

You can also increment attributes. Say you want to track how many projects a user has created, but you don’t want to recount the number of projects on every page load. Just call the following each time a project is created in your app:

You can similarly subtract by using subtract instead of add .

Before, to start a flow on a specific page, you had to use an Attribute condition, and find the Current URL attribute. It was a bit hidden, not very intuitive, and “current URL” isn’t really a user attribute.

We’ve now extracted it to its own condition: Current page is… .

You can now also pick Hidden . In hidden steps, Userflow’s UI will not show up. This is useful if you have a trigger waiting for the user to perform some action before automatically taking them to the next step.

You can change the step appearance type by clicking the first block in the step (usually called either Speech bubble , Modal or showing the target of a tooltip). Then see the step settings panel on the right side of the screen.

You can now invite read-only team members to your account.

Just pick the Viewer role when you send an invite. You can also change the role of a current team member by clicking the three-dot menu next to their name under Settings -> Billing , and then clicking Change role .

This is useful, for example, if you want team members to help test flows in preview mode, but you don’t need them to edit anything.

Require checklist tasks to be completed in order

Sometimes you don’t want to let users click a task before all previous tasks have been completed first. This is the case if a task depends on the user having done something in a previous task.

You can now tell Userflow to enforce task order.

Click the Checklist settings button (the sliders icon) in the top left of the screen. Then pick Tasks must be completed in order under Task completion order in the side panel.

This is a hugely important update! It’ll make it even easier for more non-technical people to build flows of even the most complex apps.

From a user’s perspective, the days of worrying about elements’ text or CSS selectors are over. You just point and click the element you want to target, and Userflow will deal with the rest.

All you see in the Flow Builder now is just a screenshot of what you clicked: 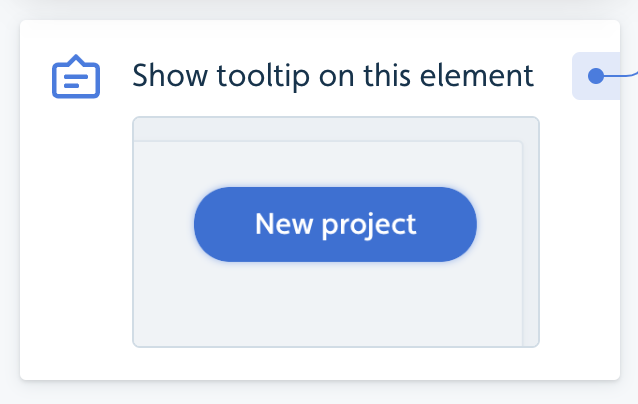 Pro-tip: In the side-panel, you can click the screenshot to zoom out and see the whole page as it looked when you selected the element.

Here’s a full example of what the flow builder looks like now now. The use of screenshots makes it so much easier to understand what’s going on. 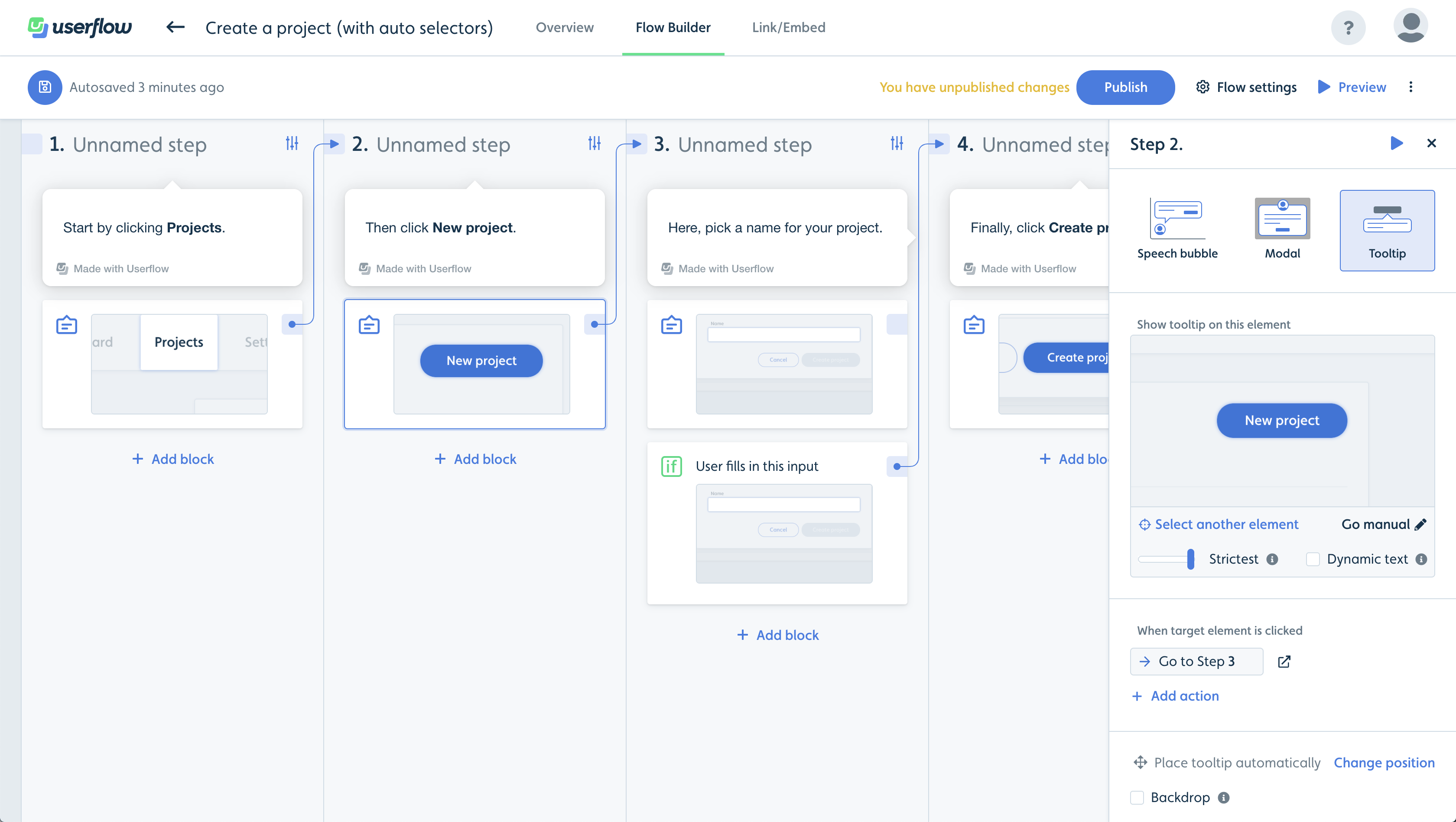 Before, if you discovered that an element had dynamic text, meaning its text may change depending on the current user, you had to re-select the element or fiddle around with CSS selectors.

Now, it’s as easy as checking the Dynamic text checkbox. No need to re-select. Userflow will look for the same element, but will ignore the text of it.

Userflow’s algorithm to select elements and later find them again (e.g. the target of a tooltip) has been drastically improved. It’ll use many different facts about the element to find it again later.

In most cases, you should not worry about the following, but you can control how strict Userflow should be when looking for the element by adjusting the Precision slider.

We default to Strictest , which means that we’ll err on the side of not finding any element over potentially finding the wrong element. If you experience that Userflow has a hard time finding your element, try to adjust this to e.g. Loose or just Strict .

If you experience that Userflow tends to find the wrong element, then adjust it back up again towards Strictest .

Since it’s just HTML/JS like in regular browser apps, Userflow works perfectly for Electron apps. The only thing that was missing, was the ability to preview flows in draft mode and use the element selector tool.

When previewing flows, there’s a new App type dropdown. It defaults to Browser app , which lets you enter the URL of an app running in a browser. Switch to Electron app to preview in an app running locally on your own machine.

Here’s a real-life example of the design documentation tool, ION , using Userflow in their Electron app: 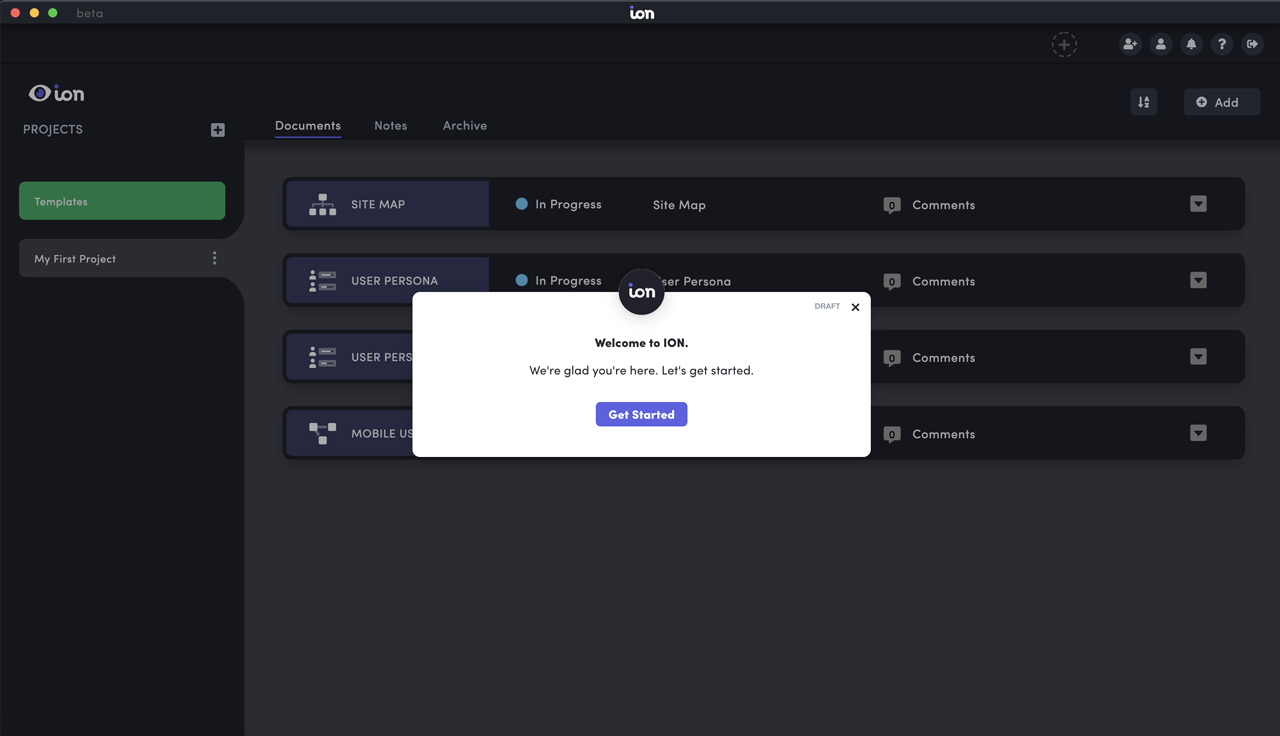 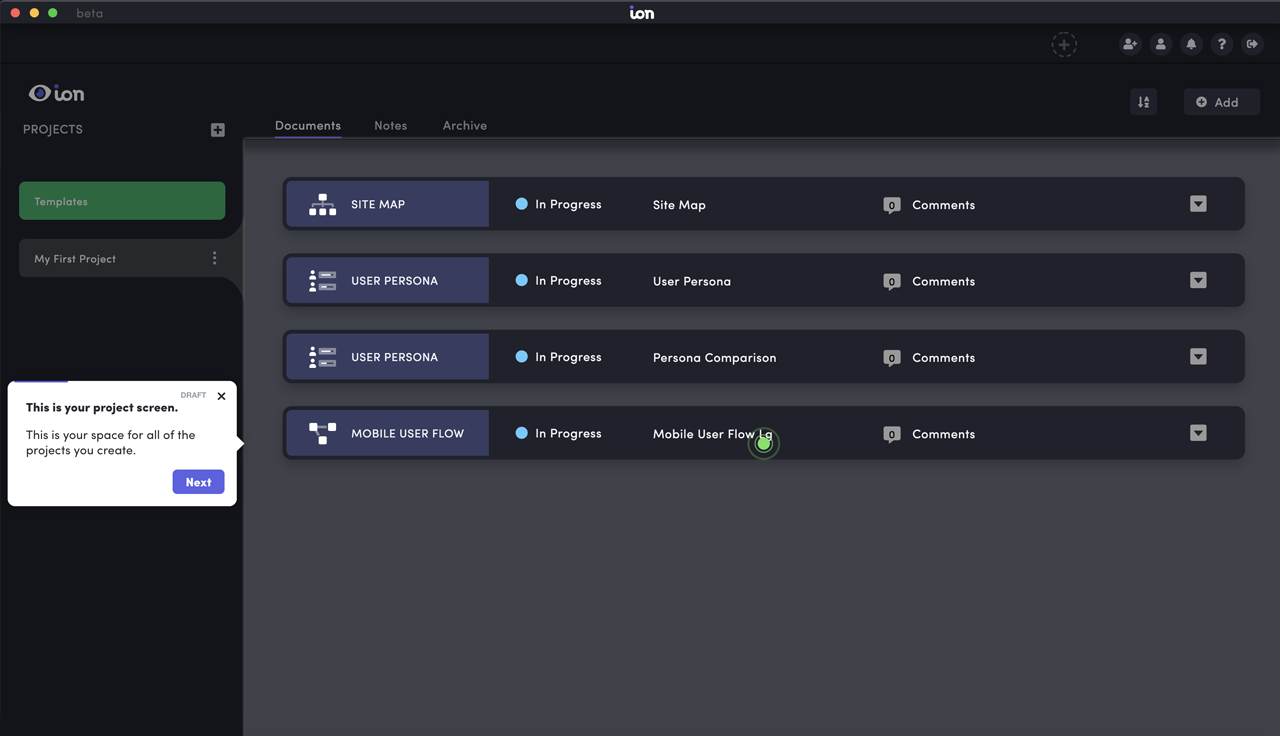 Light layers on top of very light UIs can sometimes be hard to see. You can now customize the background color of your flows. 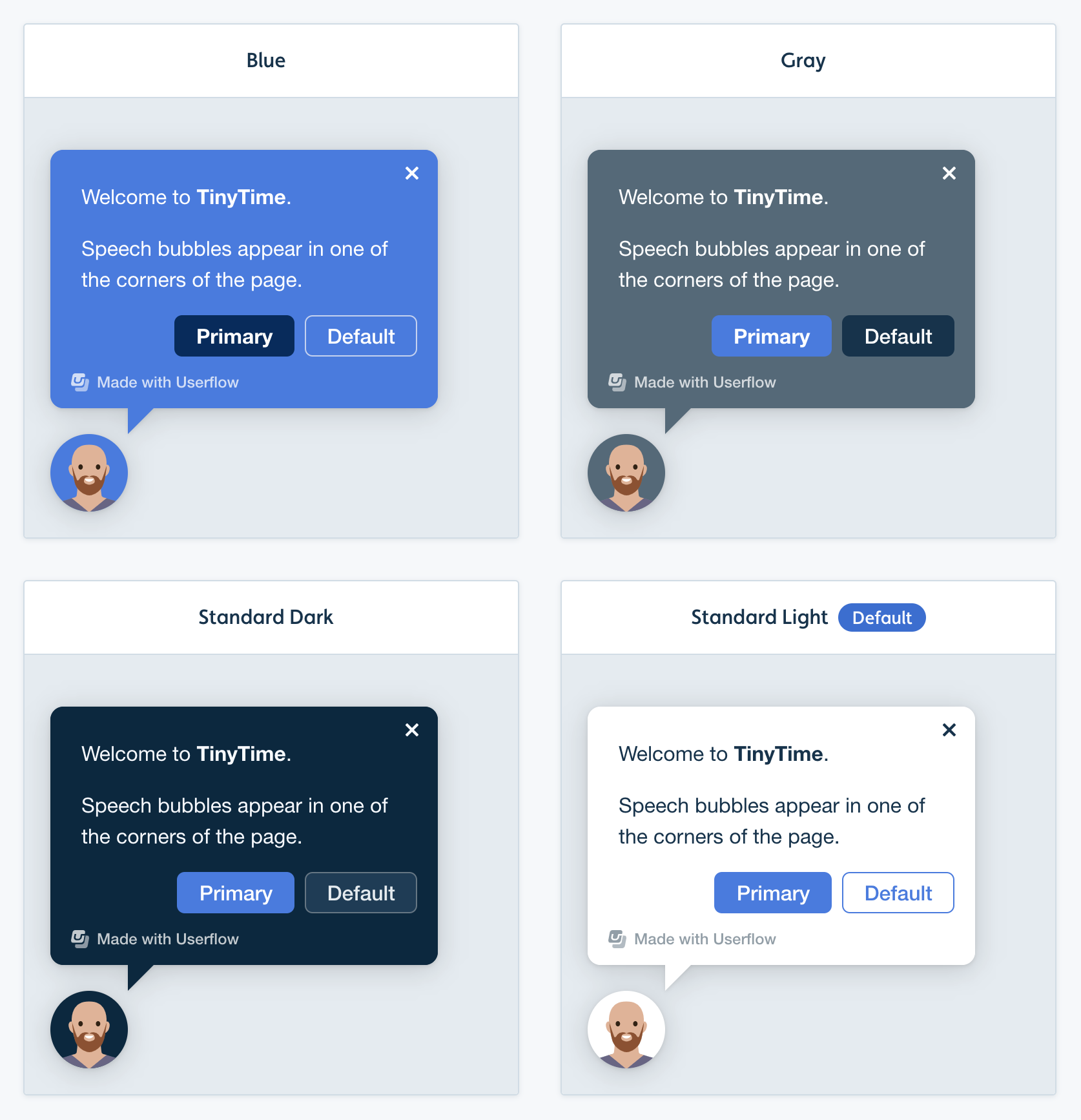